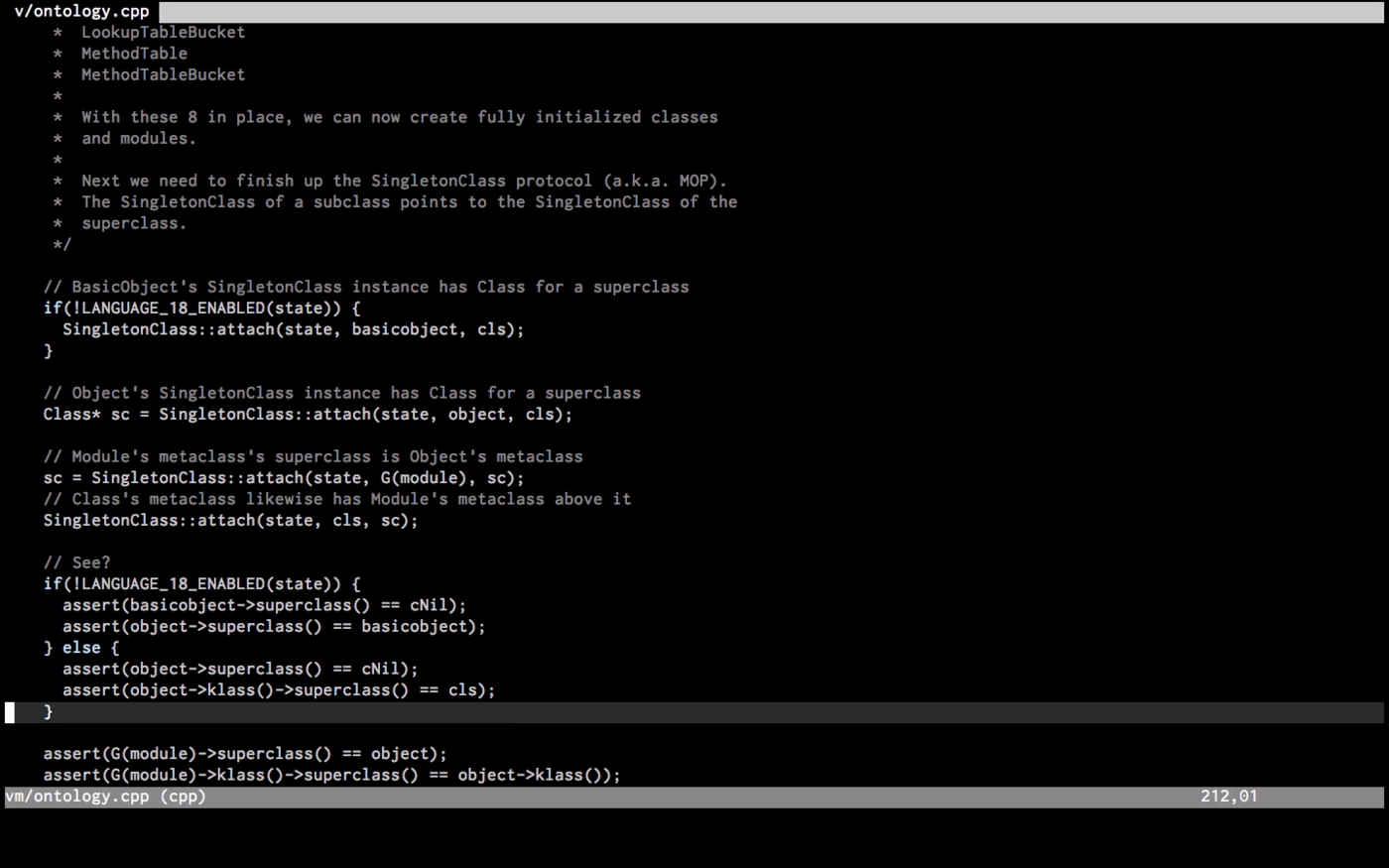 Rubinius is a Ruby implementation known for being "written in Ruby", although that's not entirely true since it does have a large VM written in C++. We'll start off by briefly looking at the structure of Rubinius, focusing on the load order and object system bootstrapping. Then we'll remove a feature from it by updating all of the source files that reference that feature, then verifying the change both by running the tests and by visual inspection.