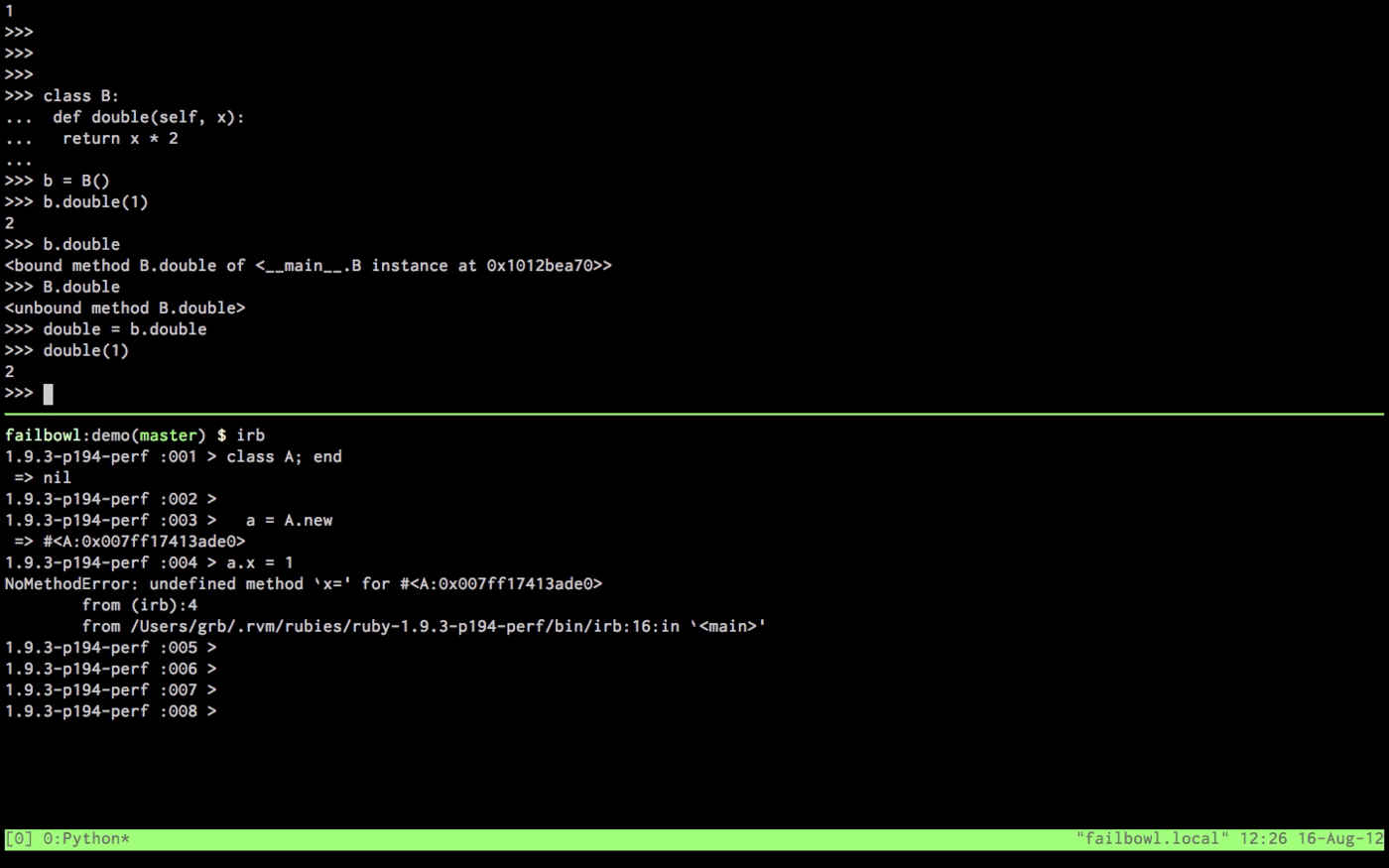 ← Removing a Rubinius Feature Where Correctness Is Enforced →

Many people assume that Python and Ruby have similar object systems. That's sort of true, in that they have roughly the same level of dynamic expressiveness, but the way that they achieve it is actually quite different. We'll compare the two systems, focusing on one very fundamental division between them: Python deals with attributes, but Ruby deals with methods, with each implementing one in terms of the other. This leads to some characteristic properties of the language: Python's consistency and focus on correctness vs. Ruby's terseness for defining and calling methods.