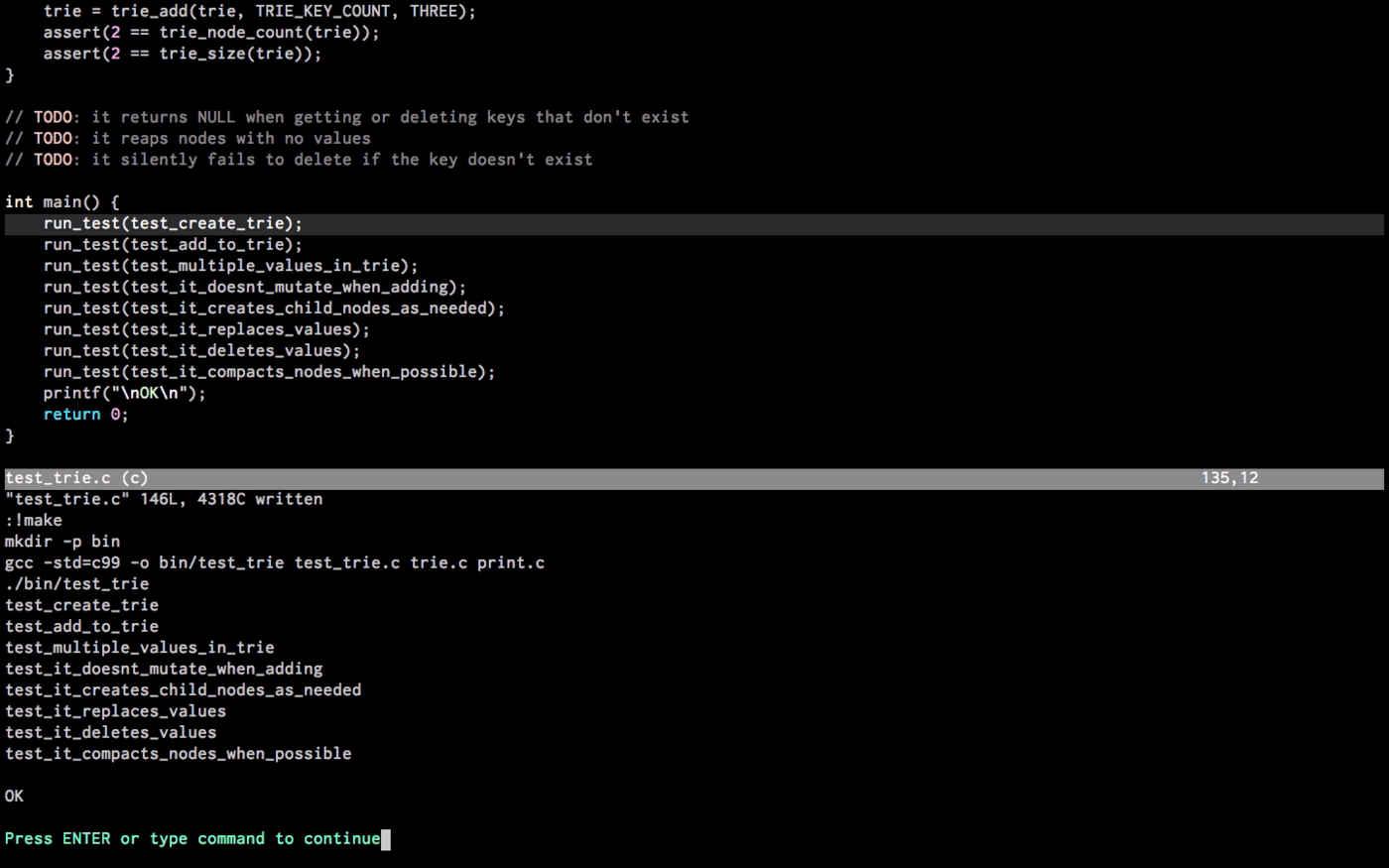 Most of the software running on our machines is written in C—the operating system, our VMs and compilers, the Unix shell and its various utilities, and our editors. This screencast briefly introduces a project written in C, focusing on its unit tests and the ways in which its design is similar to OO. This is not a tutorial on C—programming in it effectively requires a lot of learning. But, as demonstrated here, many ideas and practices used in more modern languages do apply directly to programming in C.

Note: there's at least one pointer bug visible in the code shown here ("trie_create" incorrectly zeroes the "values" field instead of the entire trie). Thanks to Leo Cassarani for pointing this out.